Last week the Year 12 class submitted their final exploration paper. Here are some sneak peeks at what got these young mathematicians’ minds ticking. 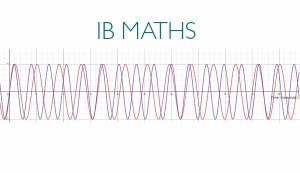 Modeling Music: an investigation into how different notes and tones can be modelled with trigonometric functions.
What would our lives be without music? The musical notes that we hear every day, in our favourite songs, the songs that get stuck in our heads, and in anything from heavy metal to traditional Irish ballads, call upon musical notes from various tonal systems developed through the ages and across cultures. Pythagoras continued to divide the strings according to ratios that sounded pleasing to the ear. The notes that these ratios formed developed into a repeating pattern that today forms the basis of the chromatic scale.

How has a worldwide increase in the sale of Coca-Cola products impacted diabetes trends across America? 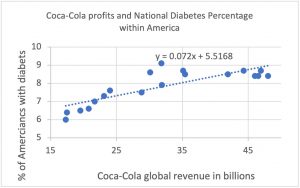 “I have often wondered how strong of an impact a single company can have upon public health, especially when it reaches the level of prestige Coca-Cola enjoys-and exploits. I aim to explore and investigate the potential correlation and dependency between Coca-Cola product sales and diabetes trends.”
Using Pearson’s product-moment correlation to test the relationship between the two variables. My result was r=0.83, which indicates a strong positive correlation.

Does gender impact a guilty verdict?

A mathematical exploration to determine if a guilty conviction in court and the length of imprisonment time sentenced is influenced by gender.

The Probabilities of Ciphers: The Mathematics Behind Cryptography – The Caesar Cipher

TheCaesar Cipher, one of the first forms of historical cryptography, was first used by Julius Caesar to send encoded messages to his army generals, so that no messages were able to be intercepted and used against his army. In the message, each letter is moved forward by a certain number of shifts, n, so that if A is shifted forward by =3, A will become D in the encoded message. This can be summarised as follows:

With this cipher, n has 25 possible combinations, with this number coming from the 26 letters of the English alphabet, minus one for the decrypted code, or how the code began. This means the probability of breaking this code, P(codeBroken), is 125=0.04 for every attempt made.