LEARN TO CHANGE THE WORLD AT MANSFIELD STEINER SCHOOL 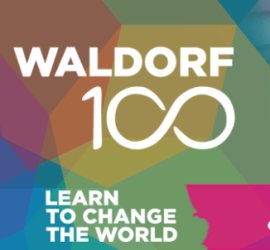 Steiner education was first established in 1919 by Austrian Philosopher and social reformer Rudolf Steiner who recognised the need for a holistic education system which would enable children to impart purpose and direction to their lives. The first school-based on Steiner’s philosophy was opened in Stuttgart Germany for the children of workers of the Waldorf-Astoria company – which is why Steiner schools are often referred to as Waldorf education.
The global spread of Steiner/Waldorf education has continued until today. Interest in Steiner teaching approaches is evident in about half of all the world’s nations (about 100 countries), independent of language, religious affiliation, or political situation. There are Steiner/Waldorf kindergartens, schools, and teacher training facilities on all continents. Parents across the globe are making an extraordinary commitment to strive towards a future in which humanity is embraced and healthy development and social participation are truly possible.

2019 marks the 100th year anniversary for Steiner/Waldorf education. It is now the largest free school movement in the world, with about 1,100 schools and over 2,000 kindergartens spread around the globe.

Bees have been named as one of the anniversary projects for the 100-year celebration. “Every human being should show the greatest interest in (honey bees), because much more than you can imagine, our lives depend upon beekeeping,” said Rudolf Steiner in 1923 (Steiner 1998, p. 5). Steiner was clear about the importance of living nature study in Waldorf schools in his 1919 lectures to teachers: “without being familiar … with nature and without a relationship to spiritual life, people today cannot become part of social life (Steiner 1996, p. 65).”

Former Waldorf teacher and Master Beekeeper – Norbert Poeplau, offers an insight about the nature of bees gained from many years of beekeeping… “a colony of bees works mainly for the bees who will come, who are not there yet – that is, for the future…”. Bees who want to stimulate something try to inspire other bees to do this task with extraordinary success. The proverbial bee diligence has become a symbol, they are working for the good of the whole ecosystem and live in an extraordinarily complex social system. “Honey bees can show us the power to be found in thinking small,” says beekeeper Marianne Gee. “When it comes to climate change, for instance, the greatest minds in the world are struggling to come up with solutions. Meanwhile, you’re someone who struggles to bring your reusable bags to the store. But maybe it’s time to look elsewhere for inspiration — like the humble honey bee. They can show us that thinking small may be the best way to think big.“

“The lifespan of a worker bee ranges from six weeks (in the summer) to twenty weeks (in the winter). Most of her brief existence is spent gathering nectar to make honey.” According to Gee, “A bee in her lifetime makes only 1/12th of a teaspoon of honey” — a tiny fraction of the hundred pounds of honey that a typical colony needs to survive. “The most remarkable thing isn’t that she does the work; it’s that she doesn’t even do it for herself,” she adds. “A bee won’t directly benefit from the honey she makes; instead, it will allow future generations to thrive after she is gone. This too is how we can change the world — by not worrying about the size of our contributions and by letting our efforts join the actions of others.”

On Saturday, 26 October Mansfield Steiner School will host one of it’s biggest celebrations yet, with the 2019 Spring Fair and Open Day marking the school’s official celebration of 100-years of Waldorf/Steiner education.

“Learn to Change the World” is the motto of Waldorf 100 – at Mansfield Steiner School we nurture gratitude and foster an appreciation for the world by using natural materials and promoting sustainable practices in all that we do.